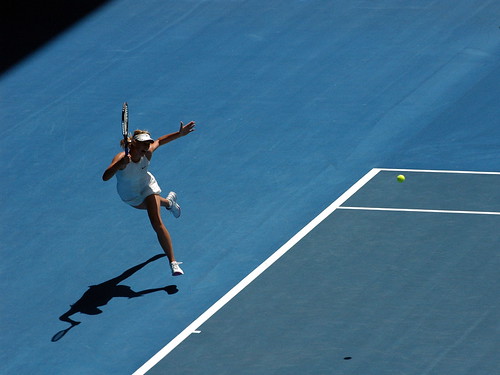 I was back at Melbourne Park for the ladies final, and this was taken when Maria was well on her way to winning her first Australian Open title. The match was good, as was the lighting and the crowd was mostly behind Ana Ivanovic (she is surely a darling of the cameras as Alan Wilkins rightly put it during a Wimbledon telecast).

I still have a metric ton of photos to upload :p